Gothenburg is the staring point for a return trip to Sweden. Lisa is joined by her cousins Barbara and Tom, and Swedish cousin, Kim, to explore the family roots of her Swedish grandmother who emigrated to the US in 1893. 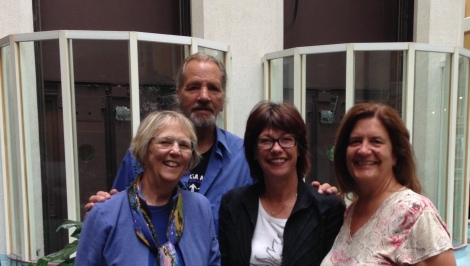 Gothenburg is a modern city with a rich history of trade, in addition to being the port through which Swedes emigrated to the US in the late 19th and early 20th centuries. The city was founded in the early 1600s, but was subsequently burned and then rebuilt by the Dutch, bringing their expertise in building on marshlands to Gothenburg.

Known as “Little Amsterdam,” Gothenburg is Sweden’s second largest city and was an important trading center in the 1700’s with the Swedish East India Company, iron and wood providing the bulk of trade.

We are in search of information, images and details related to our grandmother’s 1893 emigration from Sweden to the US. It is estimated that 1.3 million emigrants, around 20% of the country at that time, emigrated from Sweden to the US in the late 1800’s, early 1900’s. Similar to the Irish Potato Famine, economic hardship and crop failure combined with hopes for a better life in America were common reasons for their departure.

Kim provides us with a brief history of Gothenburg as we make our way through areas frequented by these brave travelers. We walk down Postgatan Street, the area near the port through which they traveled, sometimes taking up temporary housing as they waited for their documents to be reviewed. 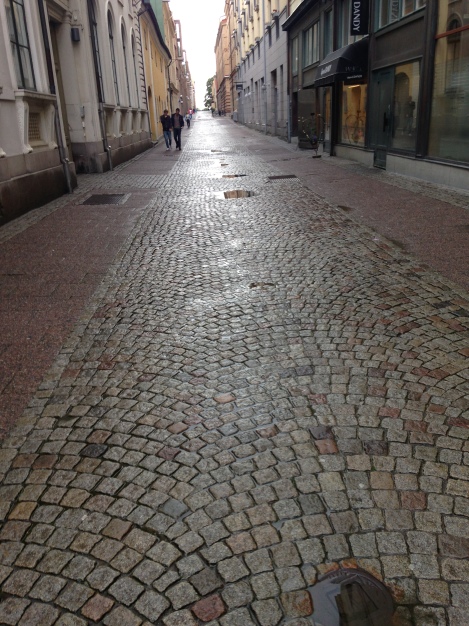 Kronhuset, the oldest building in Gothenburg, originally used to store artillery, is located on Postgatan

We visit the Customs House, the place where emigrants’ documents were checked, sometimes taking days or weeks. It is the current location of the Migration Center, a museum which showcases immigration and emigration artifacts of then and now. 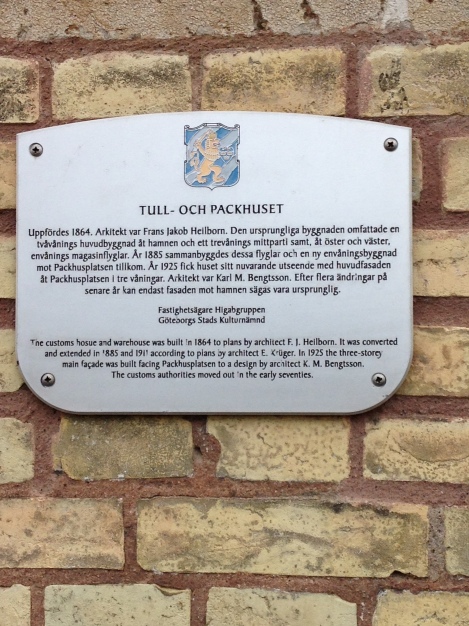 In addition to all the photos and artifacts from the Sweden-US migration, there is also a current exhibit about the Syrian immigration to Sweden. Sweden has generously offered Syrian immigrants permanent asylum. 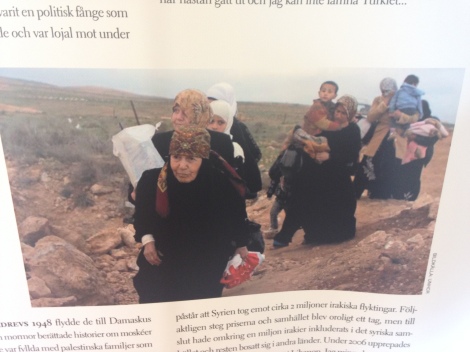 From exploring history we shift focus to present-day Gothenburg. It’s an easy city to navigate by bike, walking, bus or tram. The city maintains its tram system instead of installing a subway  due to the city’s being built on marsh land. 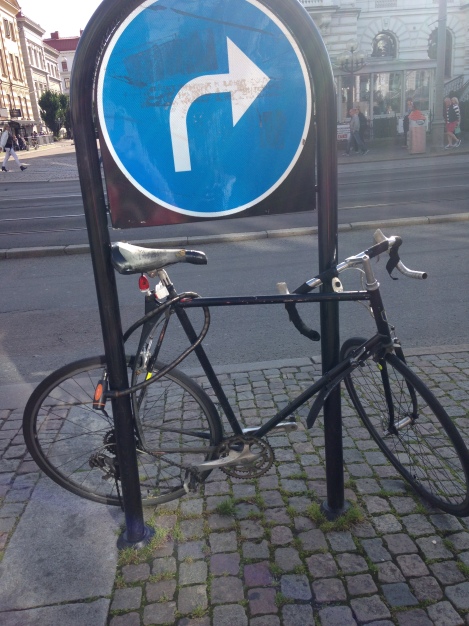 Gothenburg is recognized for its excellence in urban planning; a great juxtaposition of the old, … 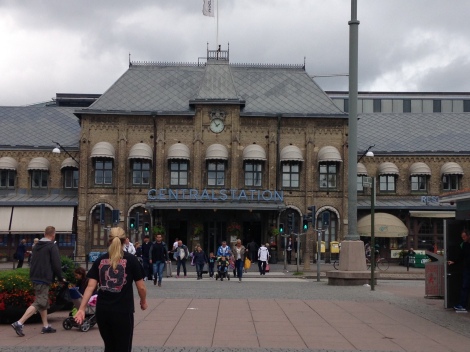 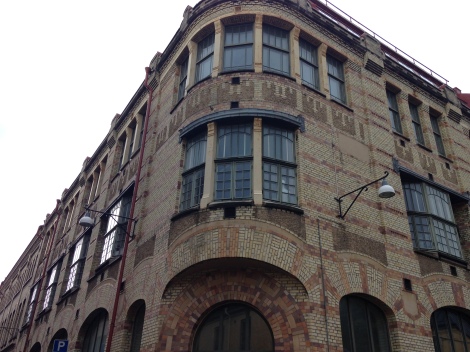 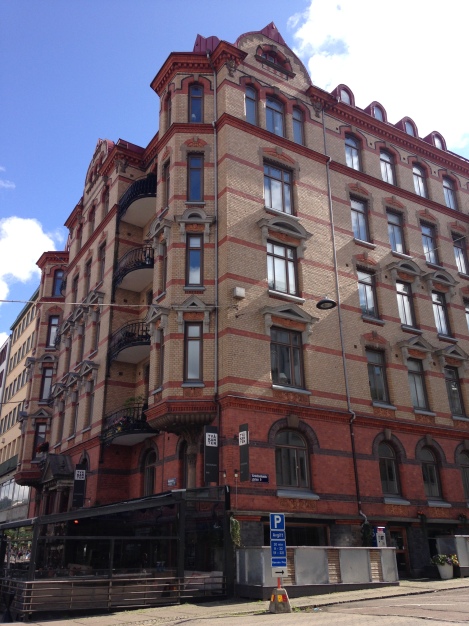 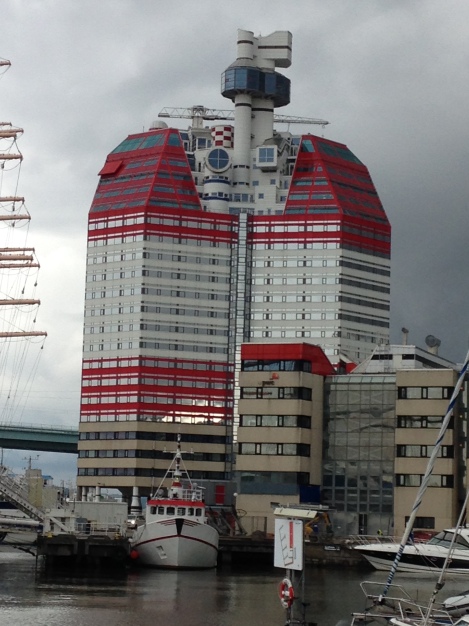 Creative arch by the port

Creative framing of the buildings 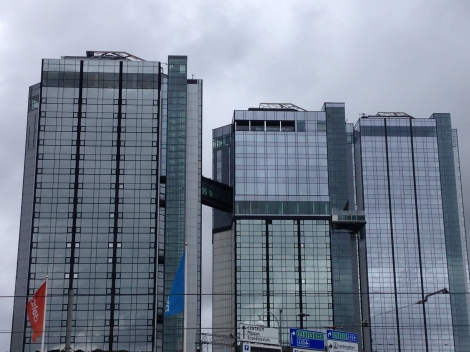 There is also a fine art museum,

I enjoy a short visit to view mostly modern art, but with a touch of the masters. Love the Degas and Rodin sculptures, and a Kandinsky I hadn’t seen before. 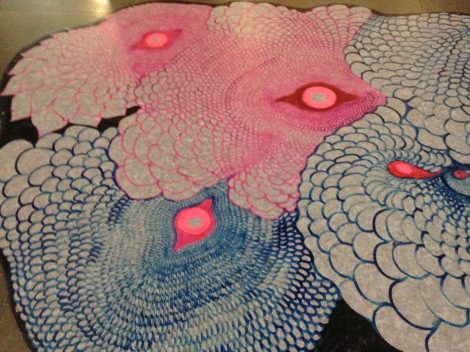 The city of Gothenburg definitely respects itself, but also doesn’t take itself too seriously.